Brexit Update: What the Election Results Mean for your International Sales

Sometimes journalists and politicians have struggled to explain in simple terms what Brexit and its process is. If you’re getting tired of the constant headlines citing disagreements, uncertainty and confusion, you’re not alone. 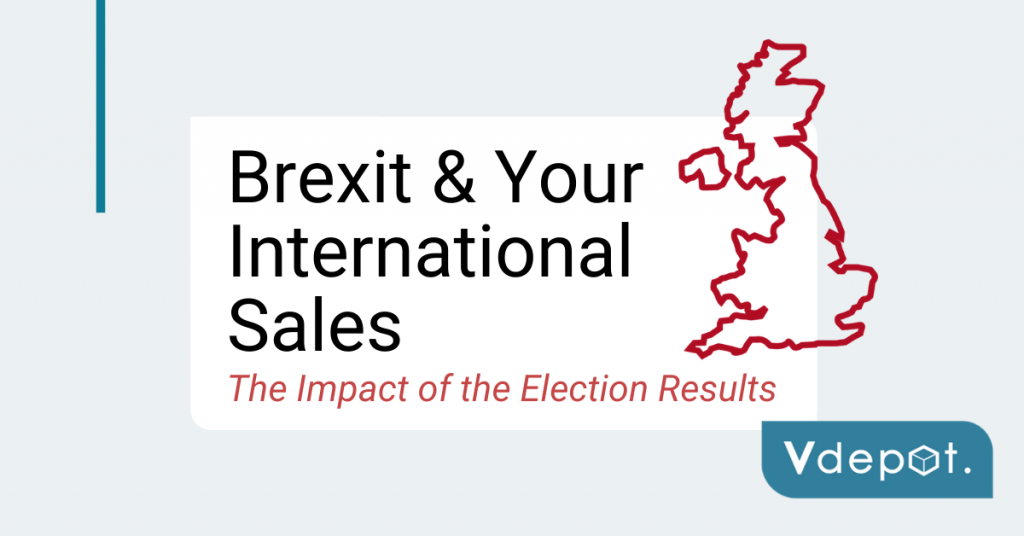 However, it’s important to understand the bottom line, which is that there will be no change in the UK/EU relationship during 2020. Beyond 2020, the new UK government is aiming for a continuation of free trade between the UK and EU.

‘Brexit means Brexit’, in the words of a former Prime Minister. But what does that mean when it comes to how we’re going to leave the EU? How does that look? For a long time, there was no clear answer to this question. Two and a half years on, it’s looking more clear:

Brexit is a 3 stage process

Stage 1: The negotiation and agreement by UK and EU parliaments to a “Withdrawal Agreement” – an agreement on the terms for UK leaving the EU, often called the “Divorce agreement”

Stage 2: The transition period. A period where the UK has left the EU but continues to trade under the same terms as an EU member whilst stage 3 is negotiated.

Stage 3: The new trading relationship. The UK trades with the EU under new mutually agreed terms.

If agreement were not reached by the deadlines at the end of stage 1 or 2, then a “no-deal Brexit” happens. Here, tariffs and paperwork would be a feature of trade between the UK and EU countries.

Where are we now?

As you will be aware, Boris Johnson’s Conservative party won the UK election with a clear majority. With this has come a reduction in the range of options on what the UK’s future trading relationship will be with the EU.

Below, we’ve simplified what the process of leaving the EU might be for the UK, & how we will define new trading relations with other EU members.

1. The much-feared outcome of a “No Deal Brexit” where significant trade tariffs between the UK and EU might be imposed was removed (at least for the time being) in October 2019.

This happened when Boris Johnson’s previous minority government agreed a (stage 1) draft “Withdrawal Agreement” with EU member states. Domestic politics stopped its implementation and forced a General Election to be called for December 12th 2019. The Johnson government won a large majority in the UK parliament which will enable it to control laws and the political agenda.

3. The “Withdrawal Agreement” is an agreement to leave (often called the “Divorce” agreement), but does not cover the terms of a future trading relationship. This is to be worked out in the next stage of negotiations.

4. The UK will, after 31st January 2020, enter a transition period of at least 11 months (to 31st December 2020). The UK trading relationship will remain the same as it is now and will act and trade as though it still an EU member state for at least this period.

This time set aside for stage 2 is designed to allow the UK and EU to negotiate new future trading arrangements.

5. The new UK government’s stated objective for stage 3, is for the new trading relationship after Brexit to be a  Free Trade Agreement with the EU.

The key point is that there will be no change in the UK / EU trading relationship until at least 31st December 2020.

Forecasting business and economic conditions is difficult. Forecasting politics is even harder. However, what is now clear is the UK will maintain its current trading relationship with the EU until the end of 2020 and is trying to continue the zero tariff/free trade conditions beyond that.

If you’re still unsure as to how the above could affect your international operations, contact us. Whether you’re outside of the UK trading in, or a local business selling internationally, we will do our best to advise based on our understanding of recent events.

Read news, views and guides from marketers, developers and other experts in our network.

Our team is here and ready to help you. Give us a call, or send an enquiry and we’ll get back to you shortly.